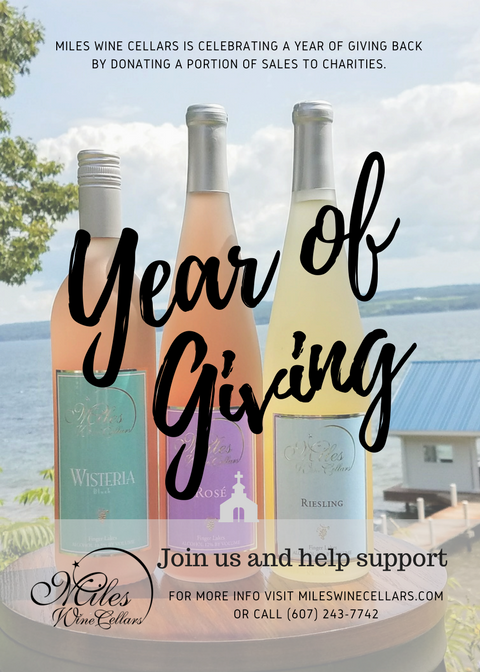 Local Finger Lakes winery announces a year of giving back by donating to charities.

Miles Wine Cellars from Himrod, NY is starting the new year with giving in mind. For them, 2018 will be a year of donating to charity. The event, called “Year of Giving Back”, is a year-long campaign to help raise money for charity. The Finger Lakes winery will donate a portion of sales for each cause.

“We carefully chose the charities,” Suzy Hayes said. “Some of the charities we’ve been supporting for many years and others are very dear to our heart..”

Besides raising funds, they hope to raise awareness to the causes.. The charities are both local and national, and they will alternate. The campaign has already begun with positive feedback. The first charity spotlighted is the Humane Society of Schuyler County and the Humane Society of Yates County. Each new charity will be announced when it is spotlighted.

More information on the charities is available at the winery and the staff is also happy to help consumers with info to donate directly to the cause.